18-19 March 2019 - Representatives of startups from Québec visited the Ludwig Bölkow Campus, the Technical University of Munich (TUM) and the Universiät der Bundeswehr München (UniBw) as part of a delegation trip to Bavaria. At TUM the participants toured laboratories at the Institute of Flight System Dynamics and the Chair of Carbon Composites as well as UnternehmerTUM, the Center for Innovation and Business Creation. The UniBw hosted further lab tours and a workshop at Founders@UniBw. The second day led the delegation to the Ludwig Bölkow Campus. In the presence of representatives of the Bavarian Ministry of Economic Affairs, Airbus, LBC GmbH, Munich Aerospace and – from the Canadian side – CRIAQ and Centech, startups introduced themselves in short pitches. At the Networking Cocktail in the evening guests were greeted by the Delegate General of Québec, Marie-Ève Jean, among others. 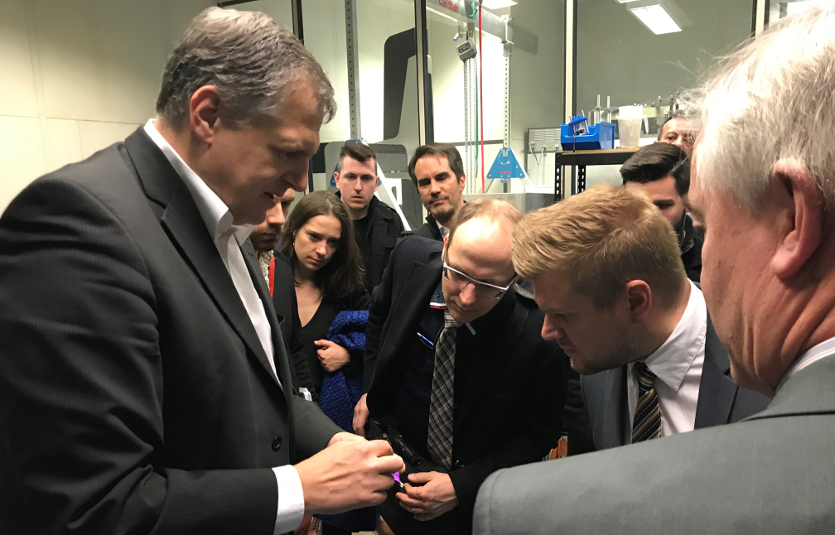 The guests from Québec at TUM with Professor Wolfram Volk (leftmost) 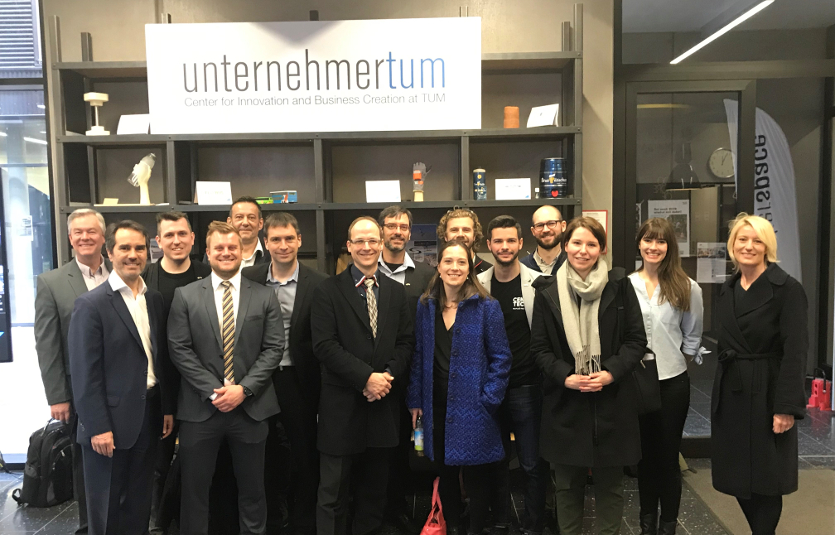